"The big question is whether you are going to be able to say a hearty yes to your adventure."

The Journey of the Hero

Joseph Campbell (1904-1987) was a professor and writer who defined the concept of ‘monomyth‘. In comparative mythology, the monomyth is the common template for a wide array of myths, legends, and tales across cultures whose core story involves a hero who embarks on an adventure and comes home transformed by the overall experience lived, the people met, and the specific challenges overcome.

Joseph Campbell mapped the archetypal heroic journey in several phases that include the initial call to adventure, a multi-stage expedition from the ordinary to the ‘extraordinary’ world, and the return back home. For more than 50 years now, his work has inspired many musicians, writers, filmmakers, and business strategists. The plot archetype of many successful Hollywood films was formed around the concept of the Hero’s Journey. These movies include Star Wars, 2001: A Space Odyssey, The Matrix, The Lion King, and The Hunger Games.

"The privilege of a lifetime is being who you are."

In 1985, Joseph Campbell engaged in a series of filmed interviews by the American journalist and legendary interviewer Bill Moyers. The six one-hour episodes, which begin at George Lucas’s Skywalker Ranch in California and end at the American Museum of Natural History in New York became one of the most popular series in the history of public television in the United States.

During the conversations with Bill Moyer, Joseph Campbell shares his research-backed views on topics such as the cultural myths, the psychological archetypes, and the mythology of the self. When it comes to the mythology of the self, Bill Moyers explains that for Joseph Campbell, the greatest human transgression was “not being alert, not quite awake” and that each of us should have our own space to be able to listen to our inner voice, to discern and following our respective bliss.

Joseph Campbell explains: “If you do follow your bliss, you put yourself on a kind of track that has been there all the while waiting for you, and the life you ought to be living is the one you are living. When you can see that, you begin to meet people who are in the field of your bliss, and they open the doors to you. I say, follow your bliss and don’t be afraid, and doors will open where you didn’t know they were going to be. If you follow your bliss, doors will open for you that wouldn’t have opened for anyone else.”

Our team includes travelers of inner and outer landscapes, mythologists, university professors, and storytellers. We count among our members, the former membership director for the Joseph Campbell Foundation, who was also on the creative team that led the annual Joseph Campbell Week at Esalen in Big Sur, California.

Before you even step foot outside your door, you will have embarked on your journey by doing the inner preparation: there will be books to read, videos to watch, journals to write in, exercises to do. We will provide you with everything you need to start to fill your own mythological tool chest with the necessary supplies. This unexpected waiting period will change from thwarting your journey to supporting your journey when you realize how valuable this preparation time is. Time will now become your ally. 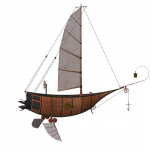