The founding of DENEB started with the crossing of paths of people with very diverse geographical, professional and cultural backgrounds. We have acted on our dreams, love of our world heritage, and desire to elevate our lives through sustained learning, meaning, and purpose. We feel fortunate to have inspired others to join our collective movement to fuel more change in the world. 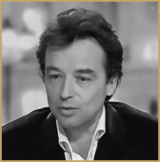 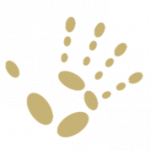 "DENEB was born out of a desire to share with others the power of elevation." 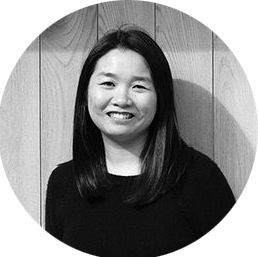 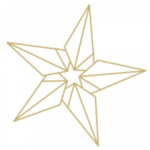 "With DENEB, I really discovered the power of travel to find myself." 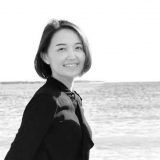 "We have so much to share to discover the purpose of our personal lives."

I grew up strongly imprinted by the atmosphere of the Atelier of my Father, a second-generation watchmaker, and jeweler. I still have vivid memories of a time when, as a child in the dimly lit atelier, I was dismantling old watches, fascinated by the inlaid precious stones, and the hidden mechanism that was orchestrating time. These are the first moments I recall my mind journeying to imaginary places where I thought treasures must be found, and the art-of-time-mastery be secretly passed on. Both my deep reverence for the craftsman’s work and my wanderlust for travel find roots in those moments.

After holding various management positions in the hospitality industry in Europe, North America, and the Asia-Pacific region, as well as working in the advertising industry in New York City, I answered the call to venture into heritage conservation entrepreneurship. It began with a research project in Costa Rica, and a series of expeditions in the Siberian Arctic where I led the preservation of thousands-year-old paleontological remains extracted from the permafrost. Since then, various heritage-centric ventures have followed, from the ancient routes of Japan to the Great Canadian North, and many collaborations have occurred including with organizations such as National Geographic, BBC, Discovery Channel, UNESCO, the Field Museum of Chicago, and The French National Museum of Natural History.

DENEB was born out of a desire to share with others the power of elevation through mindful adventures and deep connection with our world, its tangible, and intangible heritage, its mysteries, and its people.

I grew up in Hong Kong immersed in the vibrancy of a dynamic metropolitan city that seemed, at the time, to have laid out for me the obvious professional path in the city’s prominent finance sector. Towards the end of my seven years of progressive career in the finance industry, I had a moment to reflect on job satisfaction and aspirations. What followed was a wake-up call that led me to explore different career options, and a life purpose as I later realized. My quest began with a simple thought: What do I enjoy doing the most? The answer was instantaneous: Traveling and discovering the many moods of the world, its different landscapes, cultures, and worldviews, scents, and flavors.

Little by little a desire to seek new horizons grew in me. I decided to leave my job and enrolled in the hotel management graduate program at Cornell University. Not only was I intrigued by the subjects at school, but I was also fascinated to find many like-minded peers who shared the same passion and transformative journey. I was grateful to embark on a new career being a part of the travel, and hospitality ecosystem.

The founding of DENEB was another leap I took to follow my calling. When Ludovic and Satoko first introduced me to the concept of DENEB, I sensed that it was the opportunity for us to make a real impact. We soon found out that our shared beliefs and philosophy are echoed by many industry visionaries. Now we are excited to be a part of this embracing community.

Having gone through a personal, and professional transformation vastly inspired by my travels, it is my wish to co-create journeys and events with fellow travelers that will open new horizons and even trigger a sense of new possibilities.

Born in Japan, I grew up between my native country and the United States. Being educated in two different cultures has given me quite a hybrid perspective of the world. I started my career in a law firm and then moved to the finance industry – first as a legal advisor, then as a financier originating massive infrastructure deals. During these years, trip after trip, hotel stay after hotel stay, I felt a growing desire to change my career path to influence change in the travel industry. The big Japan earthquake of 2011 gave me the final push. In 2012, I left the legal and banking industries to pursue my calling. Upon graduation from Cornell University, my direction was clear: Contribute to preserving the heritage of my native country and share its uniqueness with the world in a compelling way.

I returned to Japan in 2013, and launched my tourism and hospitality development agency. I have since worked with destinations including Shodoshima, the second-largest island in the Seto Inland Sea, famed for its use of Art and Architecture as a powerful instrument to revitalize host communities. My collaboration with the hospitality industry includes Aman, Hotel Okura, Pan Pacific and Small Luxury Hotels of the World, a collection of 520 independent hotels located in 80 countries.

Perspectives in life are enriched through new encounters that expose us to new lifestyles, and philosophies. While we are able to access a vast array of information about the world remotely, nothing replaces an experience that opens our mind and heart in the actual destination.

Through DENEB I wish to invite you to discover destinations with a deeper perspective, and connect with the amazing people we know there. We are not a traditional agency but a purpose-driven community. We look forward to welcoming you., 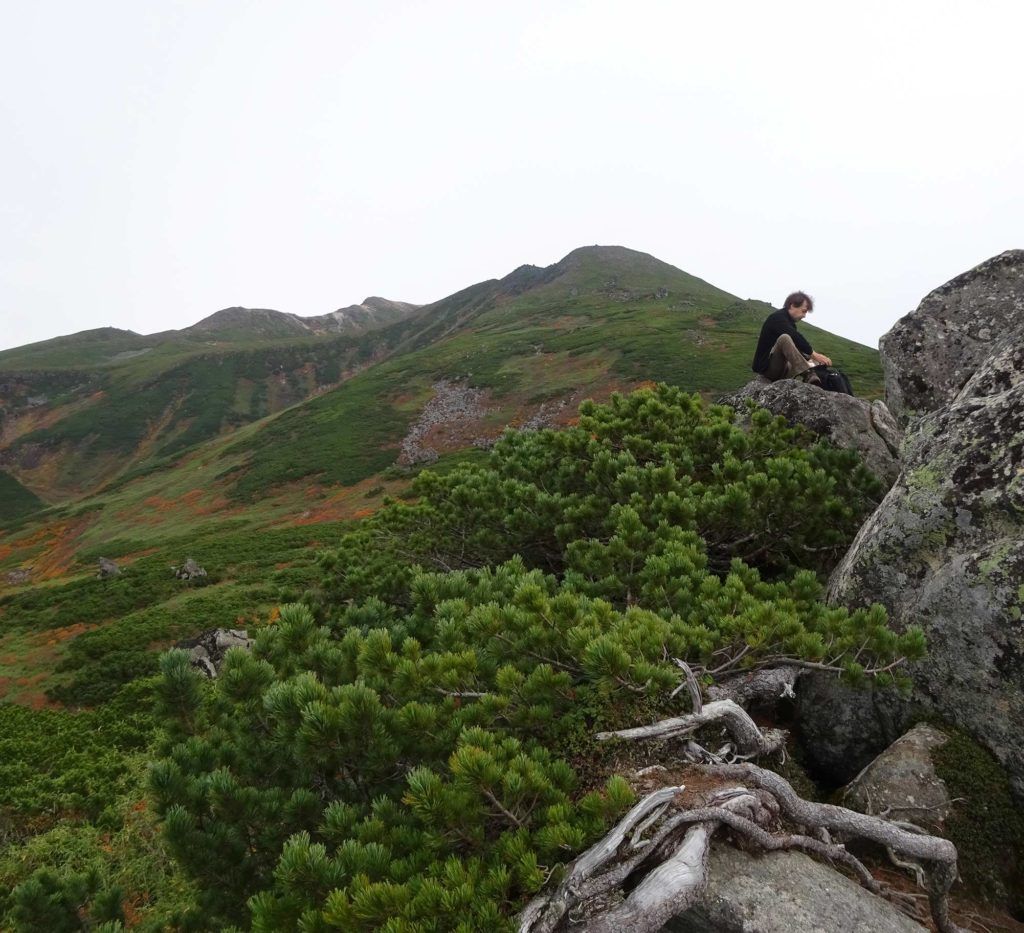 This relates to our involvement in scientific expeditions with the mission to rescue and valorize the paleontological heritage excavated from the permafrost in the Siberian Arctic: My first sighting of an 18,000-year-old mammoth that had been encased in the frozen soil for millennia.

The Soil Soup and Bread of the Forest of Chef Yoshihiro Narizawa whose mission is to reconnect us with nature through organic cuisine creations.

No matter how far I have travelled, the most memorable sound remains the first heartbeat of a child to be born.

The scent of a drink from the 18th century, the chocolate of the king and the libertines, that had been recreated based on extensive historical research. This, when working on an event still in planning at the Domaine owned by my friend Florent Tarbouriech, master oyster farmer.

I remember vividly the first time when, many years ago, I touched the hand of my newborn child. And for a touch I received: My memory frequently takes me back to an ancient treatment I experienced at the Taj Tashi in the Kingdom of Bhutan. The wellness therapist had the “golden hands” and dedication that sublimed her well-honed technical skills. 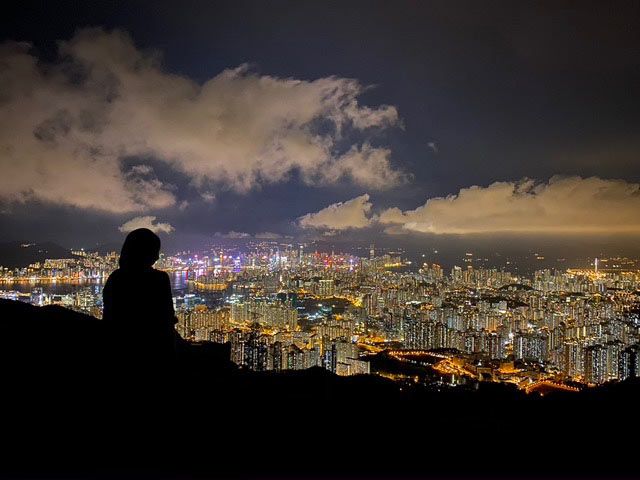 After hours of driving on bumpy roads, the view of Mount Everest from the Basecamp was the most rewarding. I was very fortunate to arrive on a day where the sky was clear, and the peak was visible. The colour during sunset and sunrise made the view even more magical.

At an Italian restaurant in Chicago, we were having a bottle of white wine with our seafood dinner. As we proceeded to our gelato dessert and continued to finish our wine, the combination produced the weirdest fishy taste! We are still laughing years later about this worst wine pairing experience ever.

At the base of the grand pyramid of Chichen Itza, I learned how to clap hands to produce the sound of the sacred Mayan bird. Not only was the pyramid a magnificent architecture, the Mayan builder also took acoustic into consideration. You have to be standing at a specific spot in order to make the bird’s chirping sound. The precision and creativity in design really made me marvel at the wisdom of ancient civilizations.

Probably due to the overall memories associated with my stays, 1 Hotels South Beach in Miami has, by far, my favourite hotel scent.

Swimming in cenotes in Mexico is generally a great experience. But there is one particular cenote in Quintana Roo that is most memorable to me. The water gave this unusual minty sensation, it was like swimming in a pool of Listerine Mouthwash. When I climbed up the mountains of the Himalayas with my former fellow colleagues at Aman Resorts Bhutan (Amankora) and encountered the place for sky burial of children under seven years old. The contrast between the beautiful Himalayas mountain range, and the overwhelming sensation of seeing the burial site, deeply moved me.

The chicken wing I tasted in Bali, at the restaurant where a taxi driver was a regular and who made me discover it. Maybe what made it especially memorable was that I later realized that the chicken I tasted was the one I saw running outside before entering the small eat-in hut.

The music of countless frogs singing in the rice fields in Northern Kyoto while I stayed at a renovated traditional Japanese house with a thatched roof.

The scent from the Bukhari, a wood-burning stove I had in my room in Bhutan. Every day, I would light the wood, and pinecones to set up the fire. The sound and scent of the burning wood were extremely calming, and magical as if I were meditating. It became my daily ritual.

There are actually two memories I cherish when it comes to touch. One is the first touch of the hand of my son the day he was born. The second is when I grabbed the powder snow in Niseko, Hokkaido, Japan. I opened my palm, the snowflakes were so light that they floated up instead of falling down.